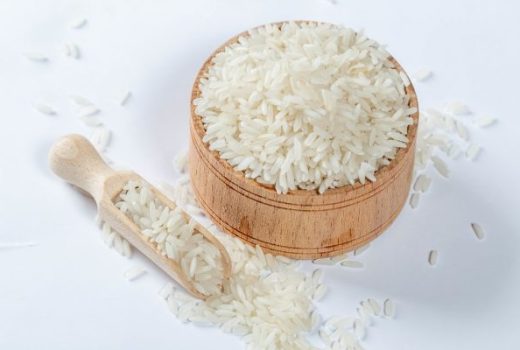 Rice is one of the three most leading growing crops alongside maize and wheat in the world. These three crops provide almost 42% of the required caloric intake in the world. At least half of the population in the world consider the rice as their staple food. Most rice consuming countries belong to Asia and Africa. Consumption of rice will be increased in the future. Therefore, rice production by country is further increasing their growth to meet the requirement of rice consumption.

Asian countries are the largest growing rice worldwide. Rice demand has been considerably increased by different countries in America, Middle East, and Africa. If we talk about the world’s top rice-producing countries, almost all of them belongs to Asia. There is almost 90% consumption of rice in these countries as well.

The demand for rice is continuously increasing in the upcoming years until 2035. According to FAPRI – Food and Agricultural Policy Research Institute, the expected growth of milled rice will increase almost 496 million tons in 2020. Furthermore, the growth of rice production will be increased up to 555 million tons till 2035. This guide will explain the top 10 rice-producing countries in the world.

China is also a world-leading country in hybrid rice production by country. It was the first country that successfully produced hybrid rice for temperature-climate agriculture. The important factor regarding hybrid rice is that its yield is about 15 to 20% more than conventional rice.

India is the second largest rice producing country in the world. It is presumed the world’s original country for rice production. Almost 65% of Indians eat rice and many of them are linked with rice production. There are almost 50 million households in India that rely on rice production and it is their main source of income as well. India produces almost 168,500,000 tons of rice in a year. India utilizes more than 43.20 million hector area for rice cultivation.

Bangladesh is the world fourth largest rice producer country. Rice is stapled with their regular food. This country is further increasing the growth of rice due to the high consumption of rice in the upcoming years. Bangladesh produces almost 48,980,000 tons of rice in a year. Bangladesh utilizes more than 12 million hector area for rice cultivation. Almost 2-third of the population in Bangladesh is linked with this occupation and their livelihood totally depends on rice production.

Thailand is another agricultural country. Moreover, rice has a significant importance in their culture and economy. It is another one of the largest rice exporter countries in the world. Rice cultivation almost takes 55% of the total cultivatable area. Thailand produced almost 33,383,382 tons of rice in 2017. It almost exports to 9.5 metric tons of rice annually. Total rice consumption is approximately 119kgs per capita annually.

Brazil is the world non-Asian largest rice production by country in the world. This country rises its rice production dramatically. The majority of rice exports in Brazil goes to Africa. Brazil produces almost 12,469,516 tons of rice in a year. Brazil utilizes more than 2.90 million hector area for rice cultivation. Its annual rice consumption is still very low almost 33kgs per capita annually.

Pakistan is the 10th largest rice producing country in the world. It produced almost 11,174,700 tons of rice in 2017. Punjab has the most rice production as compare to other provinces in Pakistan. These subcontinent people including India, Bangladesh and Pakistan love to eat rice at daily basis.