How to Get Rid of Mulch Fungus – Types of Mulch & Fungus 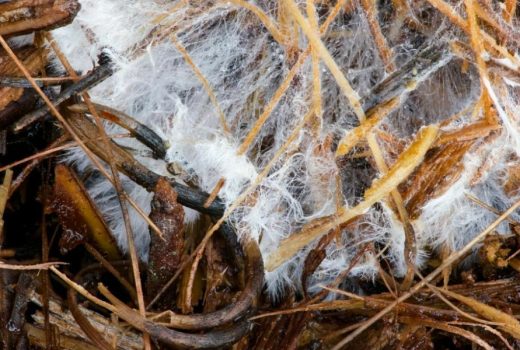 Mulch is usually made from wood chips or bark. It’s often recommended to use mulch in gardens because it keeps the moisture in the soil and it protects the plants from getting damaged by the cold weather that’s possible in the fall and winter. It also helps to keep weeds out of the garden bed. Mulch can be used on its own or alongside gravel.

Does Mulch Cause Fungus?

The truth is that mulch does not cause fungus or mold to grow on your plant leaves. The problem with mulching is that it’s an open invitation for many critters to come into your garden bed and make a home there.

Mulch is good for your garden. Mulch helps to protect the roots of your plants and keeps the dirt moist. Different types of mulch are available, such as shredded bark and composted leaves. However, some types, such as pine straw and evergreen needles, can actually cause fungus in your garden. Not only can fungus ruin the look of your plants, but it can also make them unhealthy.

Types of  Mulch That Can Cause Fungus

Pine needles are very acidic and hold moisture well. This makes them great for flower beds and around bushes and trees, but not for vegetable gardens or herb gardens. The pine needle mulch will most likely contain spores from a fungus called Sphaeropsis sapinea. The spores from this fungus can damage the roots of your plants and cause them to wilt.

Most evergreen needles like those from pine trees are soft to touch but have a high acid content. While you may think these types of mulch would be great for your plants, they actually contain a lot of moisture that will keep the roots of your plants constantly wet.

This type of mulch has become very popular in recent years, but it can be harmful to your plants because it cannot fully decay. When this occurs, it releases harmful chemicals into the soil.

This type of mulch can also contain chemicals that are harmful to plants. It also does not break down completely and becomes compacted over time.

What types of fungus grow in mulch?

The growth and spread of fungus in your mulch can cause a variety of problems. Here are some of the most common types of fungus you might see in your mulch.

This type of fungus (Hypholoma fasciculare) causes yellow or orange-brown stripes on your mulch and can be quite attractive but it spreads quickly. This fungus survives the winter in mulch, so it’s important to remove any affected mulch in the fall before it has a chance to re-grow next season.

This type of fungus (Coniophora puteana) grows on wood chips and turns them black over time. The fungus also can invade nearby plants, causing them to wilt or dieback. The best way to prevent this type of fungi is to use fresh wood chips every year.

This fungus is commonly found in mushroom mulch. It is one of the most well-known types of fungus in mulch and is also referred to as Phaeosphaeria Rubi, or red leaf spot. This type of fungus is particularly destructive because it not only attacks plants but can also be harmful to humans. Symptoms include leaf spots with dark brown margins, light-colored centers, and very small black dots on the leaves that are visible from above.

How to get rid of mulch fungus?

Treating the mulch fungus involves reducing moisture levels. This can be done by removing mulch and allowing a layer of wood chips to dry out or by adding a layer of sand so that the wood chips sit on top of it. The goal is to elevate the wood above the ground, where it can dry out more easily.

Site preparation should begin by cutting back any existing mulch and raking away as much of the soil as possible. Spread roughly 2 inches of sand over the area, then spread new mulch on top of that, approximately 4 to 6 inches deep. Fungal spores are carried in water droplets, so preventing excess moisture from accumulating on the wood will help prevent fungal growth in mulch.

Inspecting your mulch regularly for signs of fungal growth, such as black splotches or cobweb-like strands, will also help you detect this problem early and eliminate it before it has a chance to spread through your garden bed.