How to grow peppers 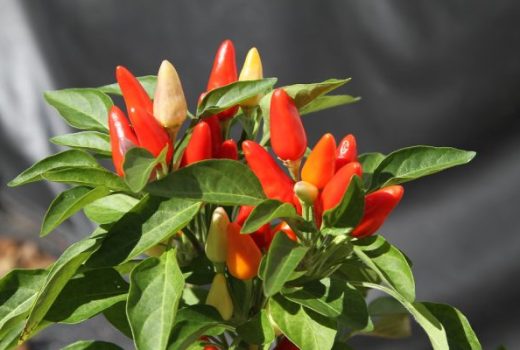 Pepper which is warm weather crop contains more than 30 species having white flower belongs to the nightshade family. We will explain in detail, in this article, about all fundamental and compulsory steps to grow your own peppers. It’s no matter either you are a beginner gardener or experienced, this guide will equally asset you in growing peppers. In the next few sections, we are going to cover the following aspects: which are the most pertinent requirements for growing peppers with seeds with prime quality? When to plant pepper seeds so that you may achieve maximum yield of peppers? A most important step is how to grow peppers? You will learn the complete method of how to plant peppers for ultimate spicy taste? At the start, we will try to briefly explain the medical importance of peppers.

Peppers -having a pungent and crispy taste- are one of the most growing crops in the world. Most of you even don’t know how to grow peppers? However, the rest of them who grow peppers are surprisingly not familiar with the medical importance of this vegetable. It’s good news for all those people who consider peppers as a diet. Let’s have a look on few most important scenically proven benefits of peppers.

You will be amazed to know that peppers prevent allergies and bad breath. Hot pepper contains carotene and antioxidants which support our immune system and aid against flu. It has anti-inflammatory properties and anti-oxidant which are considered as a cancer fighter. It reduces prostate cancer cells and keeps normal cells unharmed. It strengthens the metabolism and promotes weight loss by producing the thermogenic processes which generate heat in our body. It is the most important for the promotion of a healthy heart. It improves the circulatory system and prevents different heart disease.

After recognizing a lot of benefits of peppers plant, you are most probably thinking about growing your own peppers if you are a gardener. It’s a wise decision to grow your own, nothing can be as crispy as your own grown pepper. If you don’t have much idea about how to grow pepper, we will make that easy for you. Even though, if you are not gardeners and have the will to grow your own, you can grow peppers in the pot as well. In both cases, most of the conditions will be the same. Before expressing how to plant peppers, let’s have a look at different types of the peppers for the reader’s interest.

You have learned the different most prominent advantages of peppers plant. There are various varieties for growing peppers. Even it’s fun to choose among numerous types of peppers while planting peppers. Peppers range from green peppers to banana peppers, chili peppers to spicy cayenne peppers and from hot habanero to ghost peppers.

Pepper plants don’t like wet soil. Never ever try to plant them on soggy soil. Always choose well-drained soil because peppers grow fast in fast draining soil. To uplift your production, add well-rotted compost and manure into the soil. Soil should be a mixture of sandy plus loamy so that it may warm quickly. Ideally, the pH of the soil should be 5.5 to 6.5 –slightly acidic.

You should pick a site where pepper plant is not covered by other trees or shades so that it can access sunlight maximum for healthiest and largest fruit. Pepper plant incredibly likes hot climates so try to provide that. Pepper seeds grow best at 70 to 80 degree F.

If you want to plant peppers into containers, don’t hesitate just try to provide the same condition as we have mentioned above.

When to plant pepper seeds?

Peppers require long growing season. Try to plant them as early as possible for producing the best ripening fruit. Try to sow in Feb. These will take approximately 2 weeks for germination. You should sow the seeds indoors before the last frost or in March for 5 to 8 weeks. Transplant them in early June when the weather becomes really hot.

How to plant peppers?

Now after learning different requirements and the best timing for growing peppers from seeds, let’s learn how to plant peppers? Always keep in mind all requirement for planting peppers.

How to grow peppers?

To plant your peepers in the best suitable time span is not only enough but to care your plant is also mandatory. Care for your plant will lead you to maximum possible yield. After learning how to plant peppers, let’s move towards the main point of discussion which is how to grow peppers?

When and how to harvest peppers?