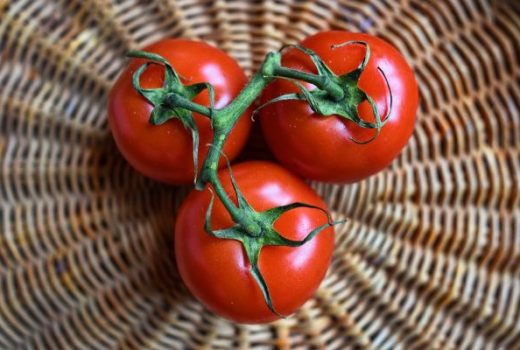 Tomato is the most delicious vegetable and nutrient-dense superfood. It is one of the most edible commodities in the world.  After carrots, lettuce, and onions, tomatoes are the world 4th most popular fresh vegetable. It has many scientifically proven benefits having various use with different ways. The production of tomato is growing dramatically in the world as like its consumption. According to the data provided by FAOSTAT world has produced 182,301,395 tons tomatoes in 2017. To achieve this production, almost 5 million hectares were used. Modern technologies have increased 35.75% tomato production just in 10 years. Largest tomato producing countries export their best quality tomatoes with high prices.

The trends of gardening are increasing day by day. Many people are spending their time as a hobby for planting to attain fresh vegetables and fruits. Latest technologies have dramatically increased the production of the crop. By utilizing these advance technique you can grow any crop anywhere in the world. So tomatoes are one of the most popular growing vegetables which are cultivated all around the world. Nowadays, almost every country has an interest in growing tomatoes. So each country grows enough amount of tomatoes for its own consumption. However, China, India and the USA are the top most countries dominating in the production of tomatoes. This guide will cover the top 10 tomatoes producing country in the world. Furthermore, this guide will cover different statistics on tomato production by country.

China is leading in the world tomato production. According to a report in 2017, China produces 59,626,900 tons tomatoes just in a year. China exports its tomatoes product to Russia and Japan. Moreover, China exports different varieties of fresh and dried tomatoes to these countries. Tomato powder, oil, and canned tomatoes and lycopene powder oil are other tomato products that China exports. Currently, there are almost 166 tomato sauce processing factories in China. More than 50% of the Chinese tomatoes are grown in greenhouses. It has best quality and unique taste. That is mostly exported to other countries. Field tomato production is sold in domestic market as china is the biggest consumer.

India produces 20,708,000 tons tomatoes in a year, according to the report in 2017. It is the 2nd largest tomato producer in the world after China. Only Andhra Pradesh produces 35% of all production in the entire country. Other popular states of India for tomato production include Karnataka, Bihar, Gujrat, and West Bengal. Moreover, Orissa, Tamil Nadu, Maharashtra, and Jharkhand are also famous for tomato production. India exports tomatoes to Pakistan and other Central Asian Republics.

The United States has secured its place as the 3rd among all tomato producing country. Mostly, farmers grow tomatoes under contracts in the United States for tomato processing firms. The USA exports a large number of fresh tomatoes to Canada, South Korea, Italy, and Japan. California, a state of US, is leading in the production of processing tomatoes in the world.

Egypt is another one of the topmost tomato growing countries. It has earned its place at the 5th position. It produces 7,297,108 tons of tomatoes every year. It is just behind from Turkey and ahead than Iran. Tomatoes are grown in Egypt on around 200,000 hectares. In Egypt, table tomatoes are famous which contains mostly water. So exportation of these products is really cumbersome. Therefore, these tomatoes are used in the paste and several other processing products.

There are several tomato cultivation sites in Iran. In 2017, Iran produced 6,177,290 tons tomatoes. Tomatoes are mostly consumed in different ways in Iran and other countries. Many people use fresh tomatoes. Tomato pastes which are directly used for cooking and stored in cans. There are almost 80 tomato processing factories in Iran. Almost 12 of them are very well equipped with high performance and the latest technologies. According to a report of IRNA, the government of Iran banned the exportation of tomatoes. Now the government lifted this ban on its export so Iran will start exporting.

Italy is another largest tomato producer having a 7th position in the world. It produces almost 6,015,868 tons of tomato annually. It is slightly behind than Iran and ahead from span in the list of top 10. It is the topmost tomato producing country in Europe. The markets of Italian exports are South Africa and different European countries.

In the production of tomatoes, Spain has its place at the 8th position worldwide. According to a report in 2017, Spain produced almost 5,163,466 tons tomatoes. In 2017, it grew 4 and 5.5 times more tomatoes than Morocco and Netherland respectively. Tomatoes are grown in Spain about 60,852 hectares.

Mexico is another largest tomato producing country. It has dramatically increased the production of tomatoes. It has taken over many giant tomato producing countries like Brazil, Nigeria, and Russia. It produces 4,243,058 tones tomatoes annually. It utilizes 92,993 hectares for the plantation of tomatoes. Mexico is the world top most tomato exporting country. It exports approximately 24.5% of total exports in the world. Annually, it adds 2.3 billion US dollars into its exports.

Brazil is a country in South America. It is another popular country for its largest production of tomatoes. It left behind many other countries like Uzbekistan and Russia in tomato production. It produced 4,230,150 tons tomatoes in 2017. It utilizes 61,534 hectares to achieve this production level.